A lot of time has passed since those days.

Dr. Brillenschnitzel and Madame Zeweçkasul developed a deep relationship while exploring the marvels and horrors of the fin de siècle which started back then. By the way, END_OF_DOCUMENT_TOKEN_TO_BE_REPLACED

As she entered the room, she recognized him directly. 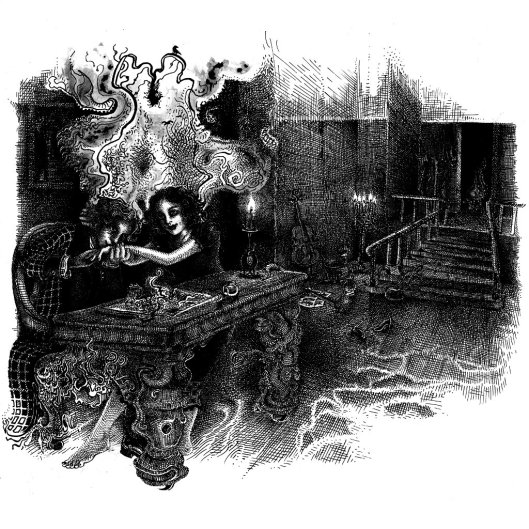 It was her beloved Nekrophilius Brillenschnitzel. He sat at his desk fallen asleep over his drawn works. As she entered, he woke up and smiled gently towards her. “Welcome my love.”, he wispered, “I always knew you could do it on your own.” And with a kiss on the hand he welcomed his darling to his strange world. END_OF_DOCUMENT_TOKEN_TO_BE_REPLACED

The day Madame Zeweçkasul visited Dr. Brillenschnitzel for the first time was a special day. 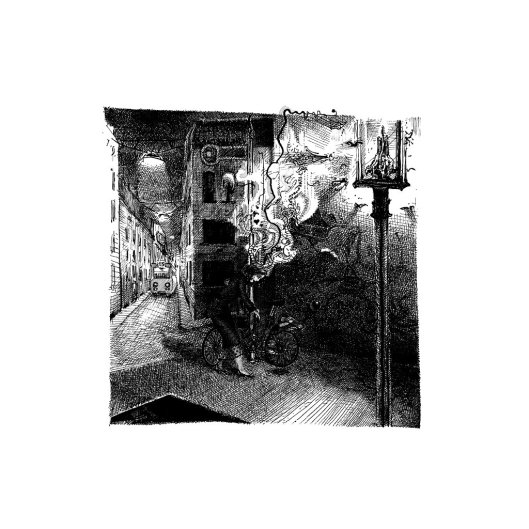 Usually she had to leave the bus at the last stop where all passengers have to leave. Here the busdriver closes all doors and silently cleans his bus for the next tour. But he had befriended Nekrophilius and allowed him – and only him – to stay in the bus for the last route after closing time, where he would drop him at the remote house Brillenschnitzel called his home. END_OF_DOCUMENT_TOKEN_TO_BE_REPLACED

He approached her with a witty question about the perdition and she was not only able to answer it, but offered really interesting views on life and love and the really important other questions.

It was just a question of time until they fell in love at the backbench of bus no. 13. This intense connection shook more than the world of only these two individuals.

Times were changing, and the world came closer to a transformation than ever before. Deep down somewhere in the universe sleeping forces where about to become awake… Madame Zeweçkasul and Dr. Brillenschnitzel often used the bus from that day on and came closer and closer, but they agreed not to reveal all secrets to each other before the time was due.

The afternoon Nekrophilius met Mme Zeweçkasul for the first time, he will never forget.

She was wearing a beautiful dotted dress and a romantic white blouse, walking in a floating way like a dancer as she entered the bus, he usually used as the only passenger at this time of the day. He immediately knew she was something special. Her dyljerme and everything about her was promising unusual… This is how it all started. 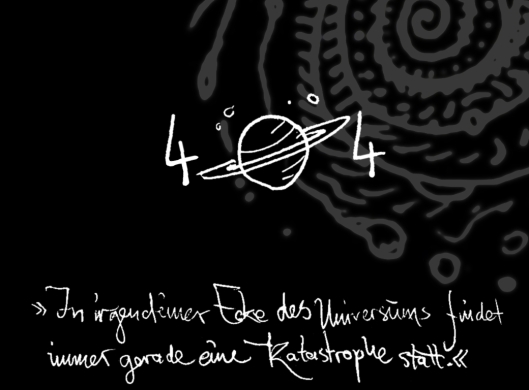 Dr. Brillenschnitzel was not always the experienced multidimensional traveller he is today. There where times, when he was a thoughtful young fellow, aware and sensible, but confined by the daily routine. 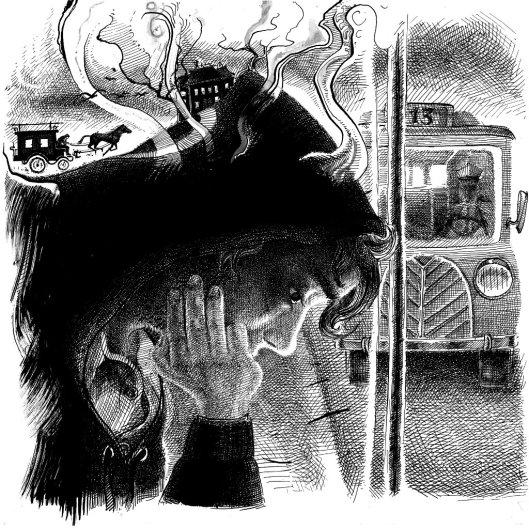 His obsession was finding a way out of this boring normative grey world. One day he found a strange little wing and after that some more evidences hinting to an upcoming apocalyptic event.

END_OF_DOCUMENT_TOKEN_TO_BE_REPLACED

One day after work Madame Zeweçkasul, she had grown up to a beautiful young woman, came to a bus stop on her way home.

#8 Quantum leap at the bus stop

She had missed the usual subway and the only way home was taking the late bus. Approaching the station she realized there was already someone waiting, so the bus couldn’t be far, she figured and felt relieved.

RSS bookmark for you